I love sewing--any form of needle and thread makes me happy.

I've gotten some sewing done in June before I returned to work.  Now I can't seem to find time to sew, so I'll catch you up on what I've accomplished in June.  First up, are these two quilts.  One a UFO from 2002.

It's called Garden Patch from Quick Quilts Magazine, circa 2001. 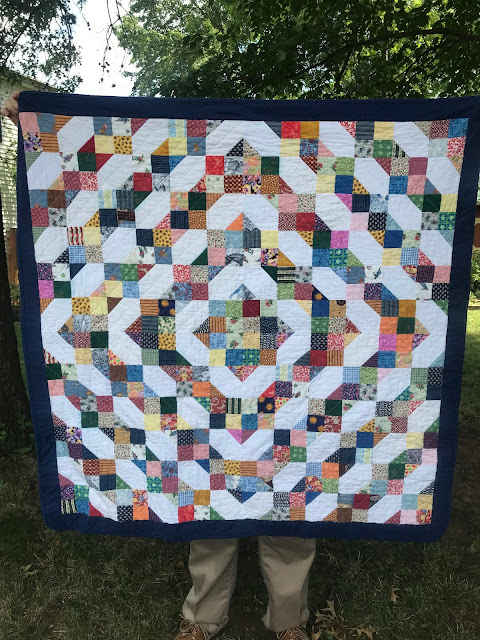 It was my first real attempt at piecing.  I found the quilt top several months ago then found the pattern. It called for a 4-Patch border, but I no longer had the 2-inch squares and didn't want to make a whole lot more. Instead, I applied a a 2½ inch border of solid navy blue and used the same blue for the backing and binding and called it done.

The second quilt is from a sew-along with Pat Sloan (daily videos on You Tube) Spring of 2020. 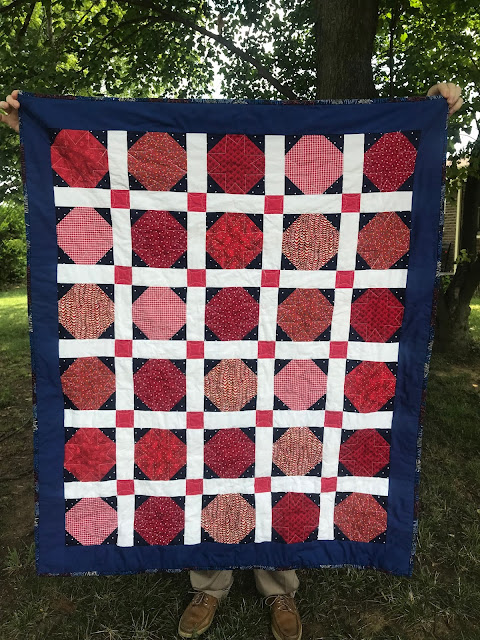 It's a simple snowball block with sashing.  I chose red, white, and blue for this quilt because the reds were really talking to me.  It just needed border and quilting for months..  Now it has a navy border, fireworks binding, and red, white, and blue flag print for the backing.  I quilted Sawtooth Stars in the centers of the red blocks.  It ws finished just in time to hang for 4th of July.

I'm still working on other projects, and will share some soon.  I'm finding it difficult to find time to sew now I'm back to work and so tired from getting used the very busy pace there.  Hope the summer heat is leaving you all with plenty of sewing time.  Thanks to Hubs for holding the quilts for the pictures.

I'm mom to 4, grammy to 2 and have 2 fur babies and I live in Western Kentucky along the beautiful Ohio River. I enjoy all formats of sewing. You'll see everything from garments, to embroidery and cross stitch, and even the occassional quilt. 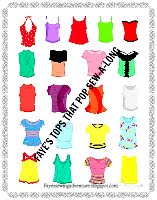 Tops That Pop Sew A Long